Culture
The sacred road
A route among the churches of Oliena 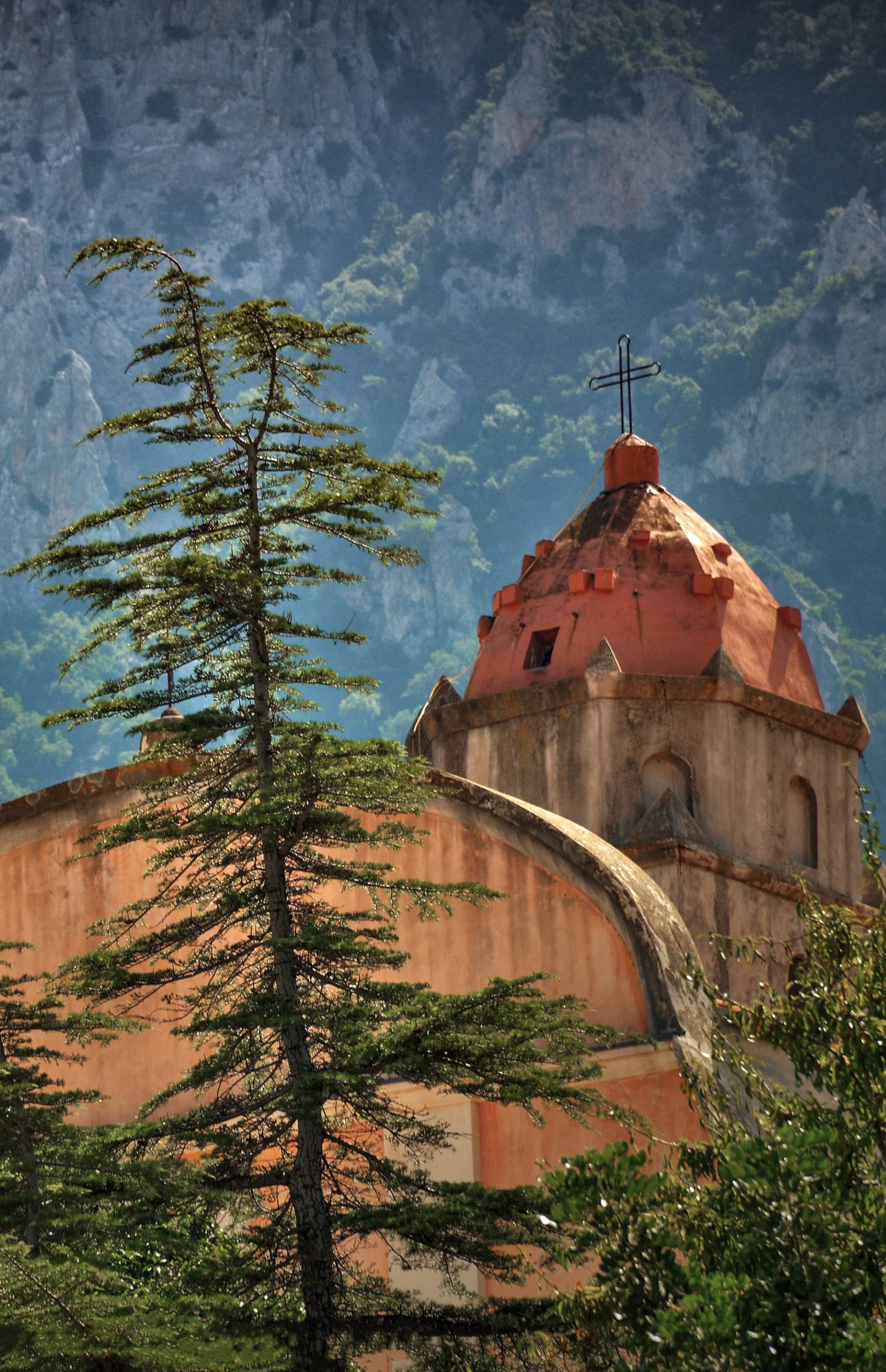 The Jesuits ordered the church of Saint Ignazio, and it took over a century to build, from the latter half of the ’600 till 1758. Domenico Spotorno from Genona did the initial project and he gave the church peculiarities of his city. The final result is more in line with the canons of the ’700s tough. The dome of the church tower is made following the French style. The clergy has a saint statue, and an altar made according to Spotorno’s indications, very late Baroque, with festoons, shells, leaves and polychrome columns. The aisles host many old and new pieces of art.

The cloister next to the church was used as a school, hence its name the College. It is a prominent structure that has recently been taken back to its original form thanks to the latest restorations. The refectory holds a gallery rich in paintings, frescos and sculptures, as well as religious vestments and books. 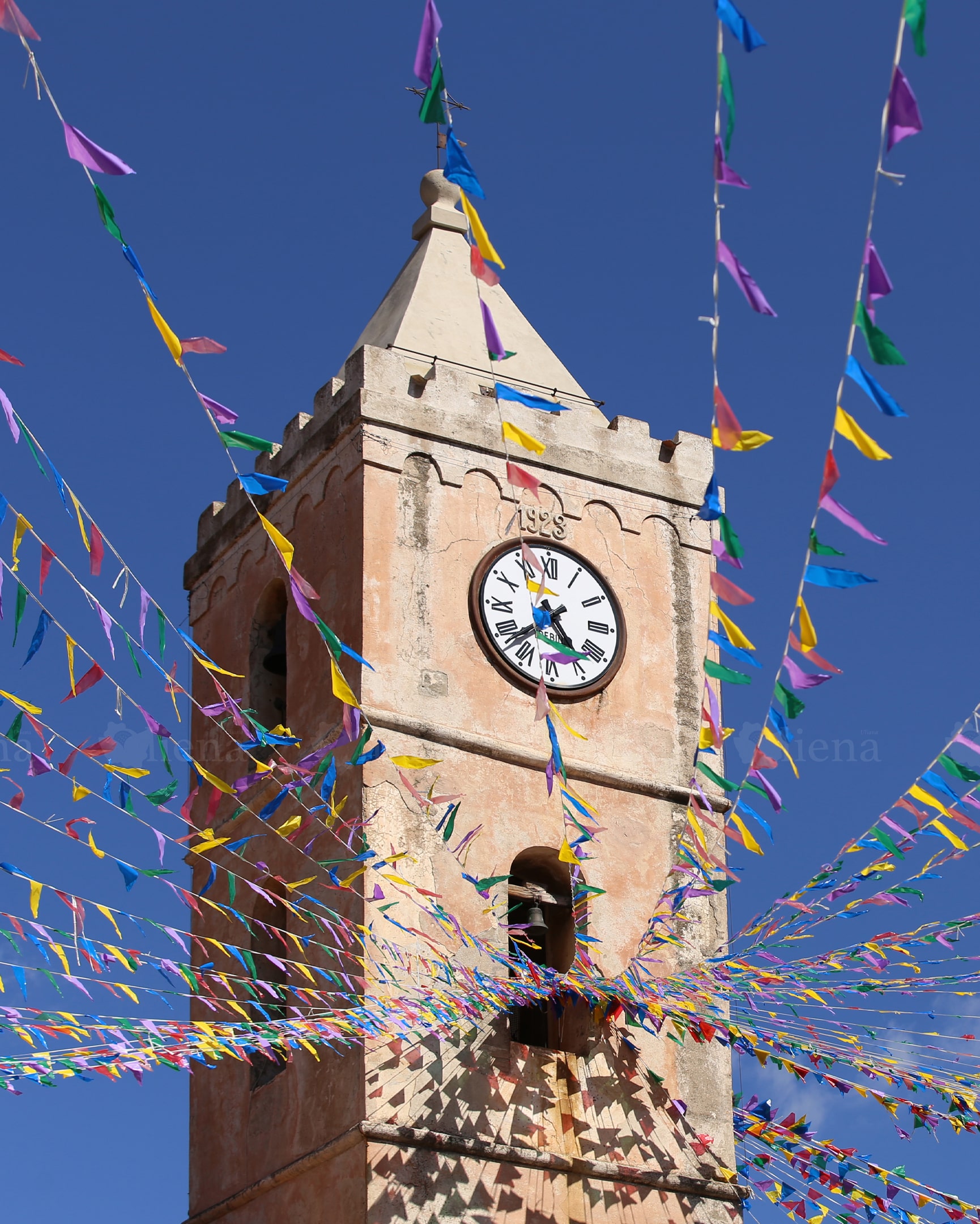 The oldest church in Oliena was built between the XIII and XIV centuries, and it was the main church until 1791. The building was formerly outside the town, next to the cemetery area, and it has been altered many times, radically changing its appearance. Restorations made in the 90s brought back many original elements, like pointed arches outside, which were the access to the side chapels, while inside, they tried to recover the original walls.

The eight chapels would have each wooden altarpiece, now lost. Some parts of them were recovered from a private collection in Rome, while the church of Sant’Ignazio holds the altarpiece of Saint Christopher (1530/1535) by the Master of Oliena. Today, the church hosts a giant painting of Liliana Cano on its leading portal, depicting the christening of John the Baptist. 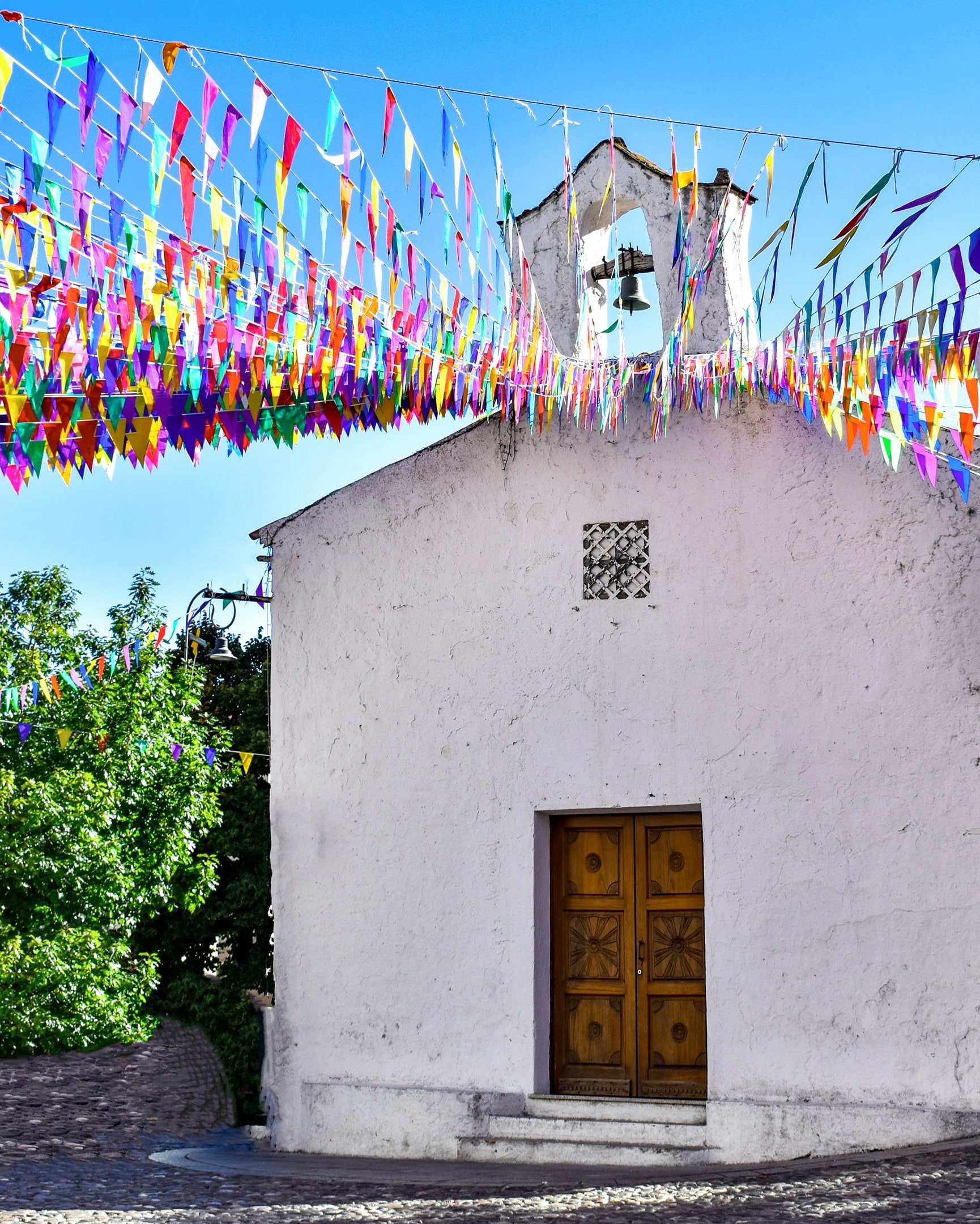 The church of San Lussorio dates back to the XV century. It is a small pearl with a simple facade and a bell tower. The building scheme within is gothic-catalans roots with its one nave and four bays divided by acute arches and an elevated presbytery covered by a cross vault.
The clergy gives access to the sacristy, and it holds an altar in masonry, just like the lateral banks along the churches’ walls. It is decorated with frescos depicting architectural elements, framing niches with the saint’s statue.
Today the church is enriched by frescos of Liliana Cano, who is very attached to the town. This church had the convent of the minor priests of San Francesco in town from 1640 to 1644. 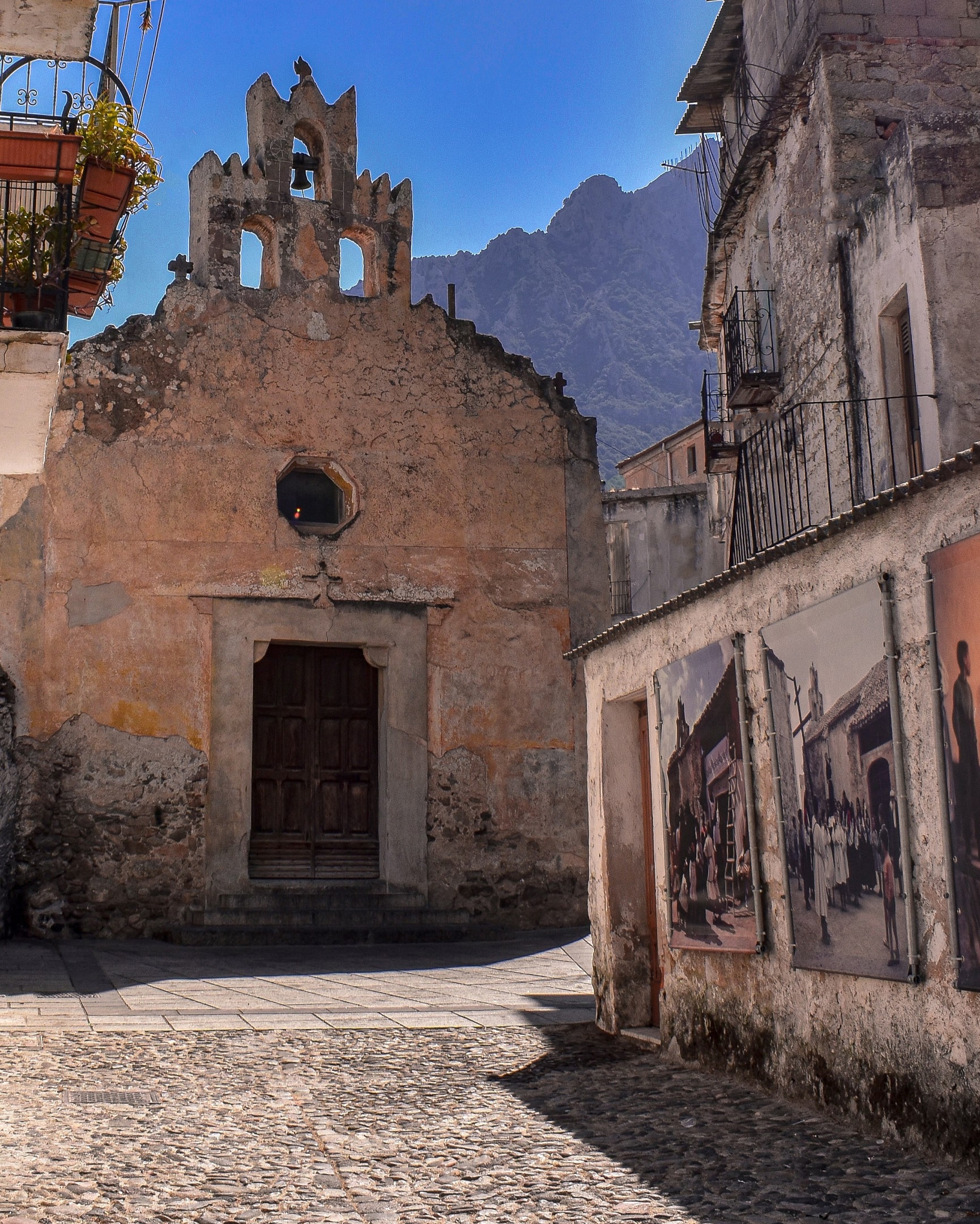 The church of Santa Croce probably dates back to the XVI century, and it overlaps an already existing building which is now partially lost.
It has a simple facade with a crowing wavy section with four crosses, a fifth one on the bell tower, and a sixth one where the roof slopes converge—a single nave with spans divided by round arches.
The ceiling is made with wooden reeds. There is a 1700s wooden cross and a Statue of Christ laid shown only during the rites of the holy week.
There is also a temple shaped wooden tabernacle dating to the 1600s, enriched with small columns and the Agnus Dei.
Recent recovering efforts brought back to light some frescoes with the four evangelists in the clergy.
The fount at the entrance seems to be quite old, made from a coarse basalt cylinder.
The church used to host the oratory of the Santa Croce confraternity, founded in 1588 upon order of the archbishop of Cagliari. 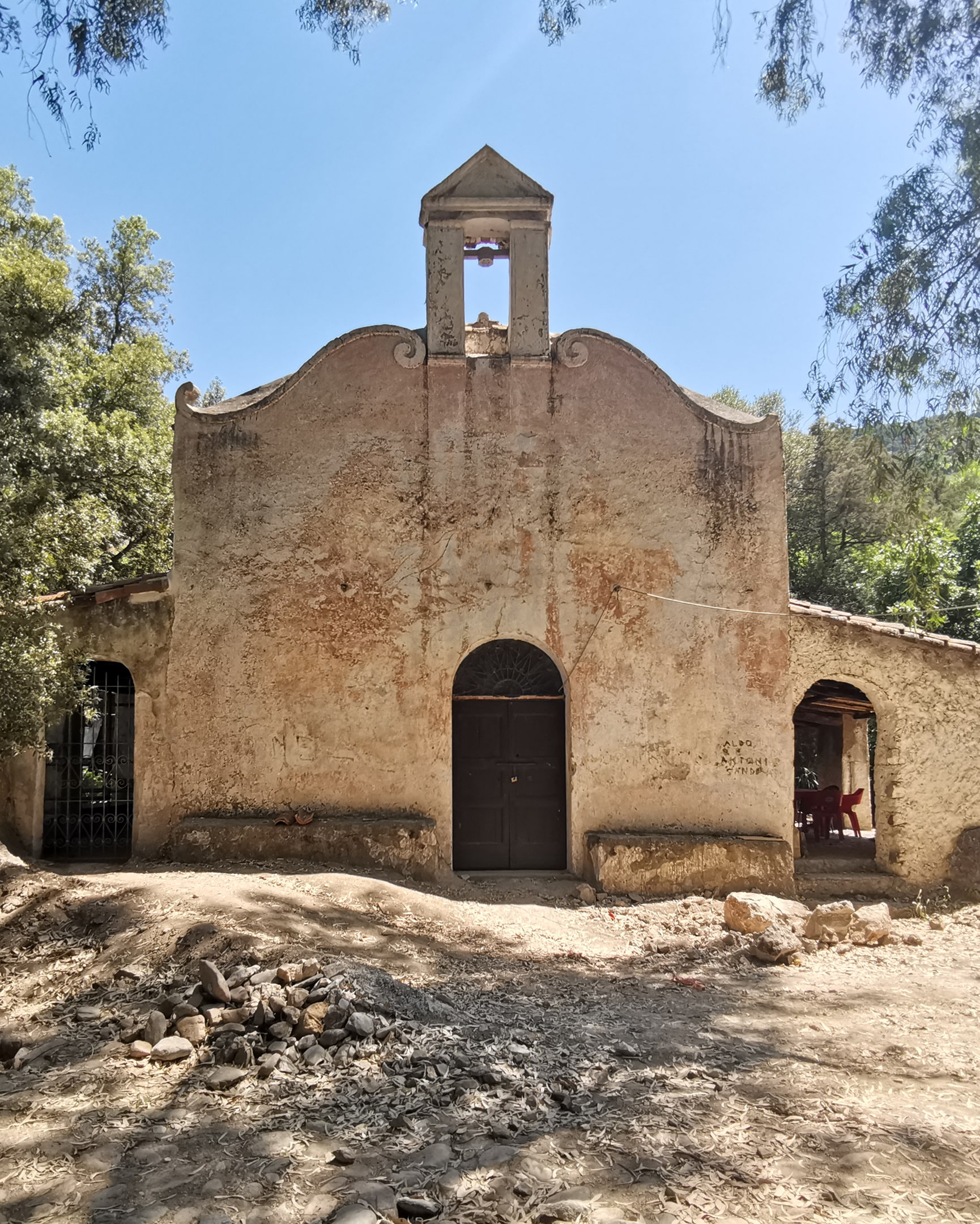 Sometimes, country churches and their celebrations were – and still are – important places of sociability where to meet people and make new friendships between the people of different towns. Often, buildings were surrounding the church, known in Sardinia as humbressias, which were used to shelter the peregrines coming from nearby.

One of the most suggestive ones (although not presenting any humbressias) is within the park of Su Gologone, near the namesake spring. The unmistakable facade has an element of twin volutes and a bell tower. Within, two bays are separated by pointed arches.