Nepentes is a weekend-long event all about the typical Cannonau of Oliena, the Nepente The old town hosts the local cellars and some events ranging from recipe tastings – both in their traditional...

Outdoor
A village in the mountains
The Nuragic village of Tiscali

Tiscali is a stunning Nuragic site set in the middle of a mountain and dating back to over 3000 years ago. It is just over its namesake mountain – just at the border between the Supramontes of Oliena and Dorgali – within a huge sinkhole, which makes it invisible from the outside. Due to the lack of springs and the difficulty of working the land nearby, this place might seem quite inhospitable, and yet many people after the founders chose to live here in the following centuries, until probably the High Middle Ages.

This site of mysterious origins is made of two groups of cabins of different sizes and shapes – on one side, there are 40 elliptic or circular cabins, while on the other, the buildings are square or rectangular. The building technique used differs from the usual ones of the time, and the way to store and collect rainwater leads to thinking this place was inhabited for long periods of time, in spite of its hard-to-reach position.
The idea that the site was inhabited in the pre-Nuragic era cannot be dismissed altogether.
Anyhow, what makes the site of Tiscali unique is not just its importance in terms of human history, or again its rock formations: in the middle of the sinkhole, a magnificent wood of holm oaks and mastics has been thriving for millennia. 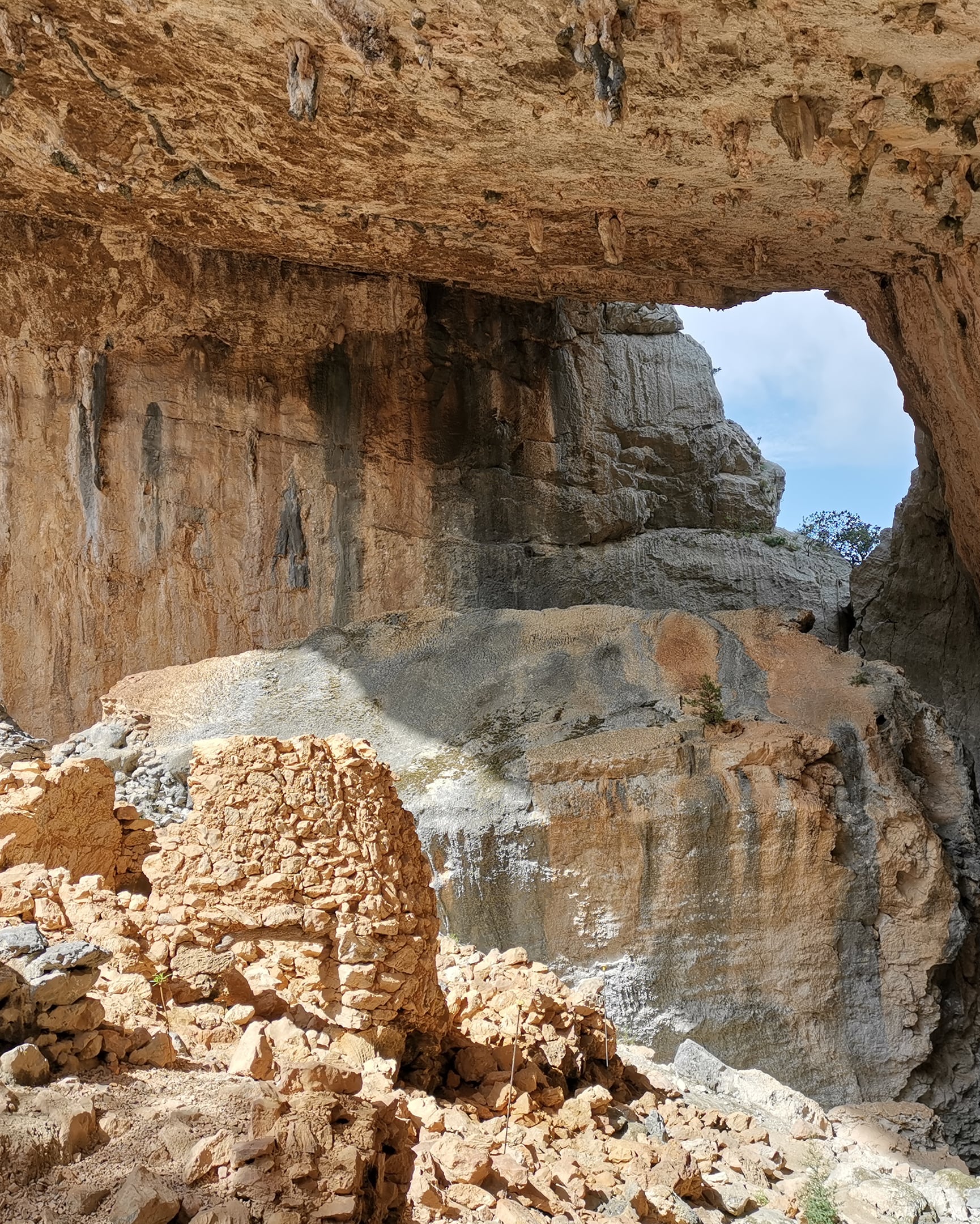 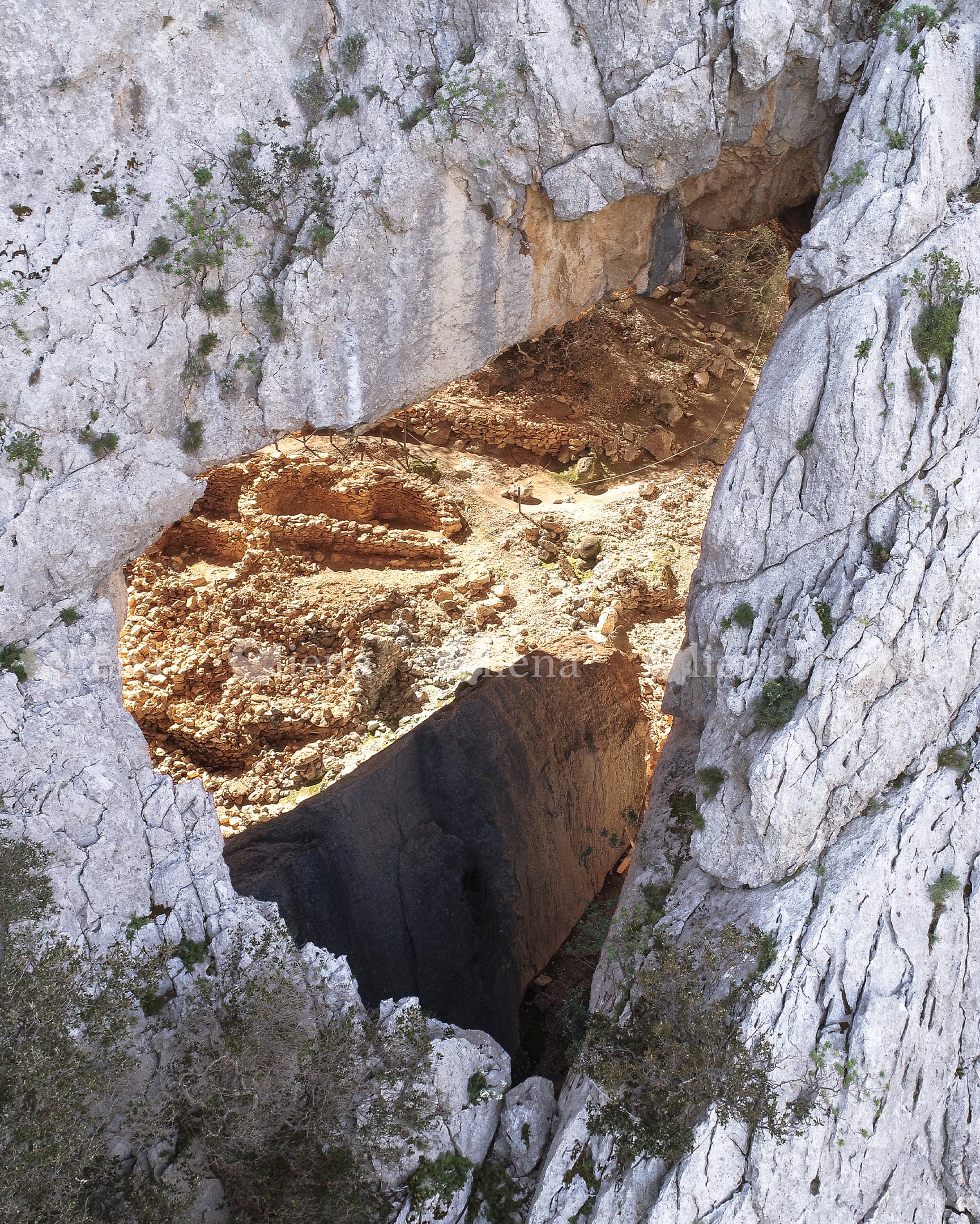 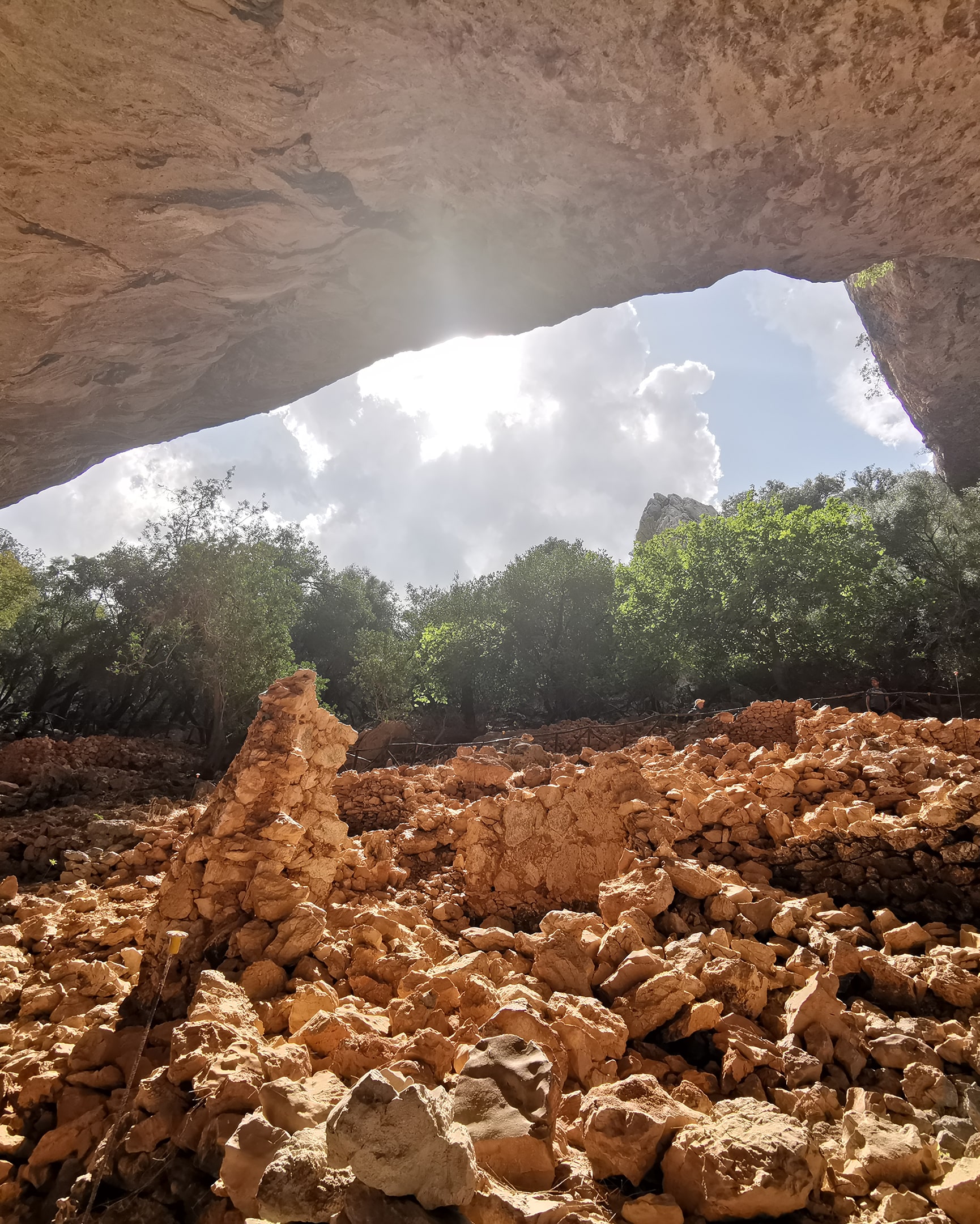