Food and wine
Our daily bread
The carasau bread

Pane carasau is undoubtedly one of the most famous and appreciated in Sardinia. And it seems like it’s very ancient too. Some finds indicate this bread was being made as long as three thousand years ago. In addition to being delicate and fragrant, this bread keeps its characteristics for very long after being baked.

It was convenient, especially to shepherds, who would be away from home for long periods, and maybe this is also why it was made in the first place. Common throughout the island, every town has its unique version. In Oliena, they bake it in a wood fire oven.
The dough is kneaded well and for a long time to get the right consistency and elasticity. It is a very hard-working process, once done only by hand using containers called laheddos.
Then the dough is divided into several balls wrapped with towels and then unfolded to form thin sheets.
Every sheet needs to be the same thickness and size, so this process requires a good amount of skills. The makers used to engrave a cross in the dough until a while ago, hoping the bread would turn out fine – this custom is probably still in use today by some.
Then, the sheets are unfolded again in towels for bread and then left to keep raising.
Now each sheet is put into the oven, where it raises to become a ball, then taken out and cut into two sheets.
Then the bread is baked a second time – a process called harasadura – which gives the bread its crunchiness. Once it’s done, the bread is left to cool down, then pressed into piles. Finally, the bread is ready to be consumed, and it will keep intact as just-made for a very long time.

Other breads
Sardinia is full of bread varieties. Each occasion calls for its bread; each town has its type. So bread here is not mere food. It becomes a symbol.
In Oliena, the most important ones are:
– sa pipinta d’ogliathu (made from the breadcrumbs taken out from the carasau bread);
– sas partidas (made only for special occasions);
– corona type bread (baked to commemorate the departed ones of the family and given out to relatives, friends and neighbours);
– sas paneddas (a soft, usually salted and decorated bread; it can also be found in its sweet version, with sugar or honey). 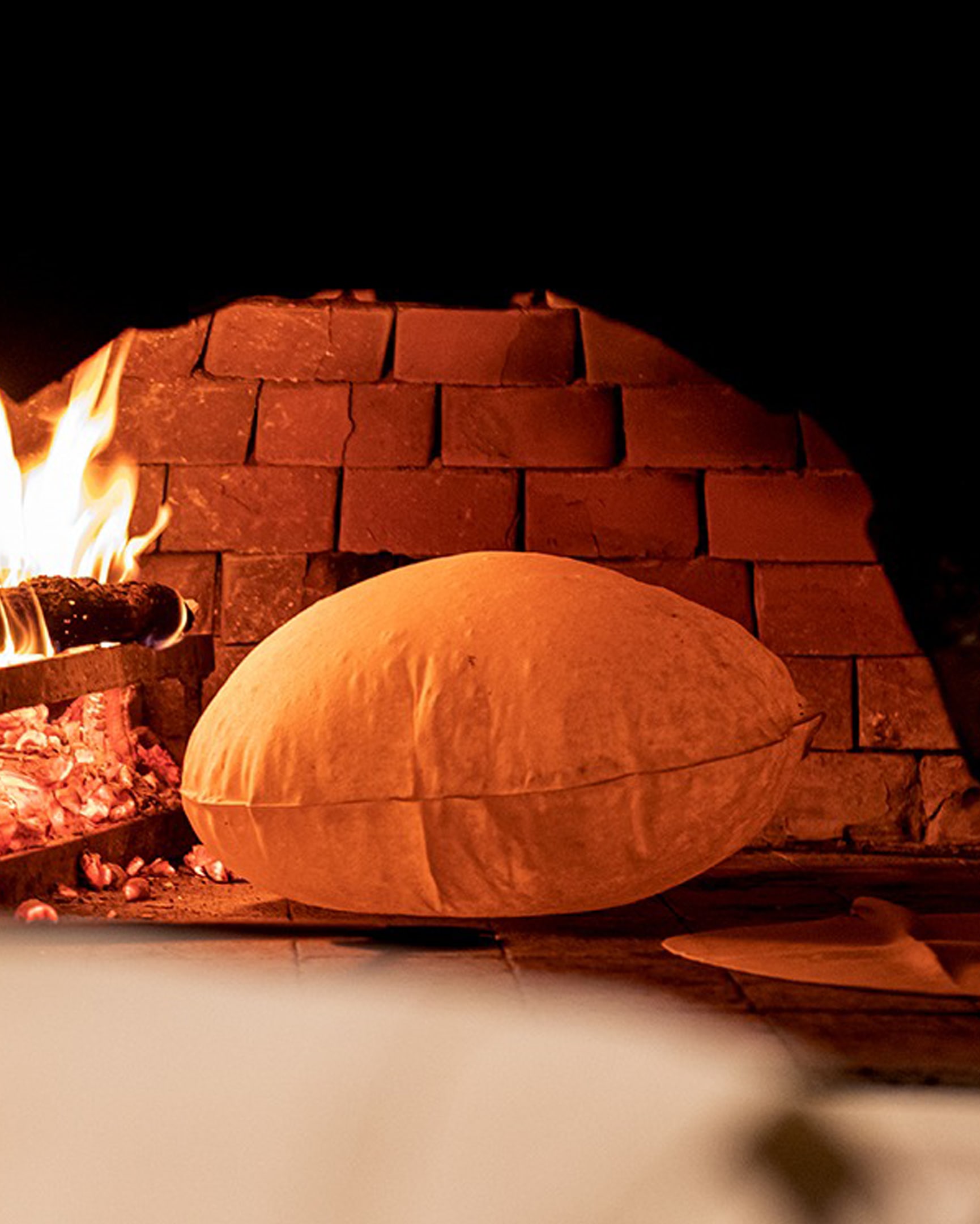 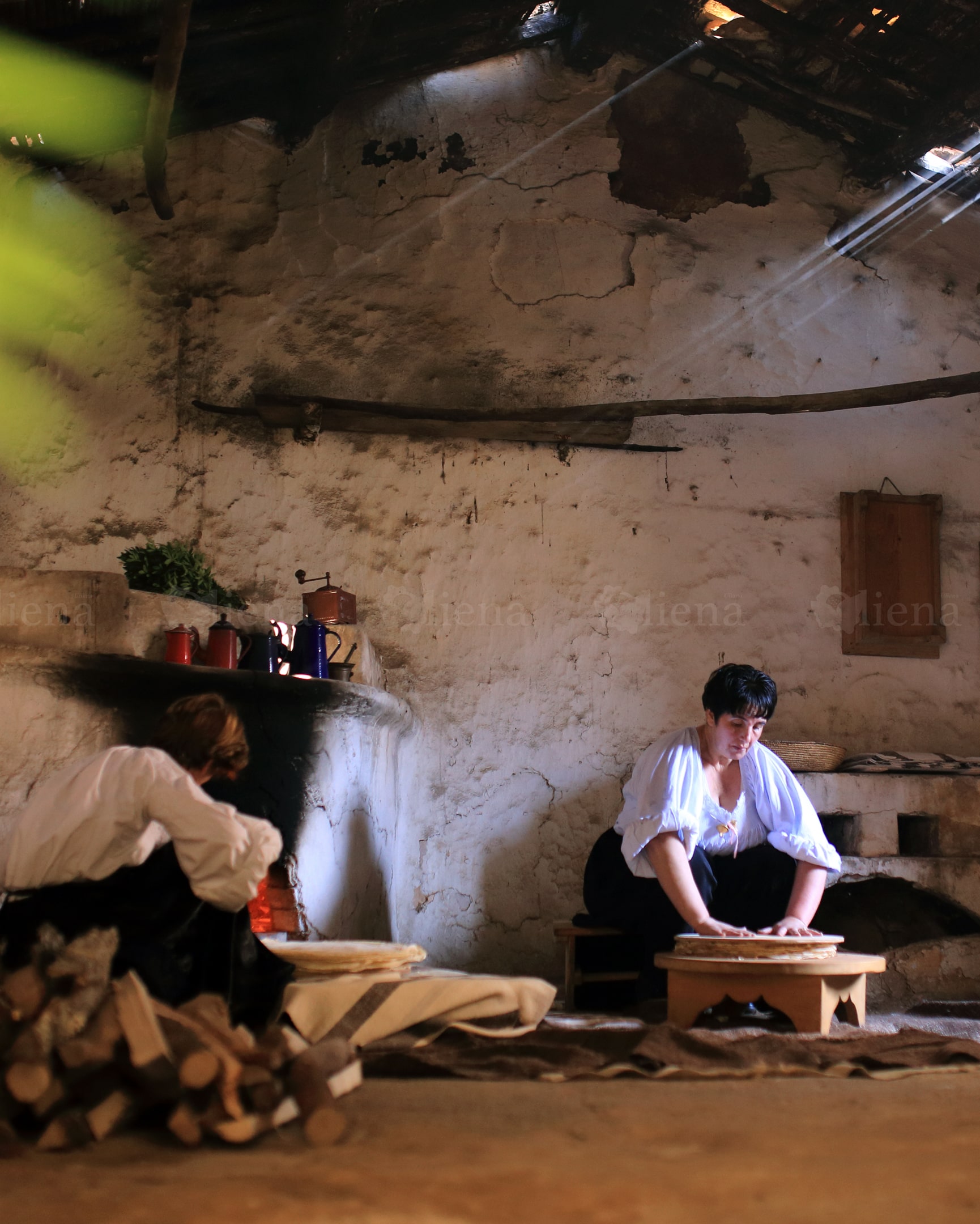 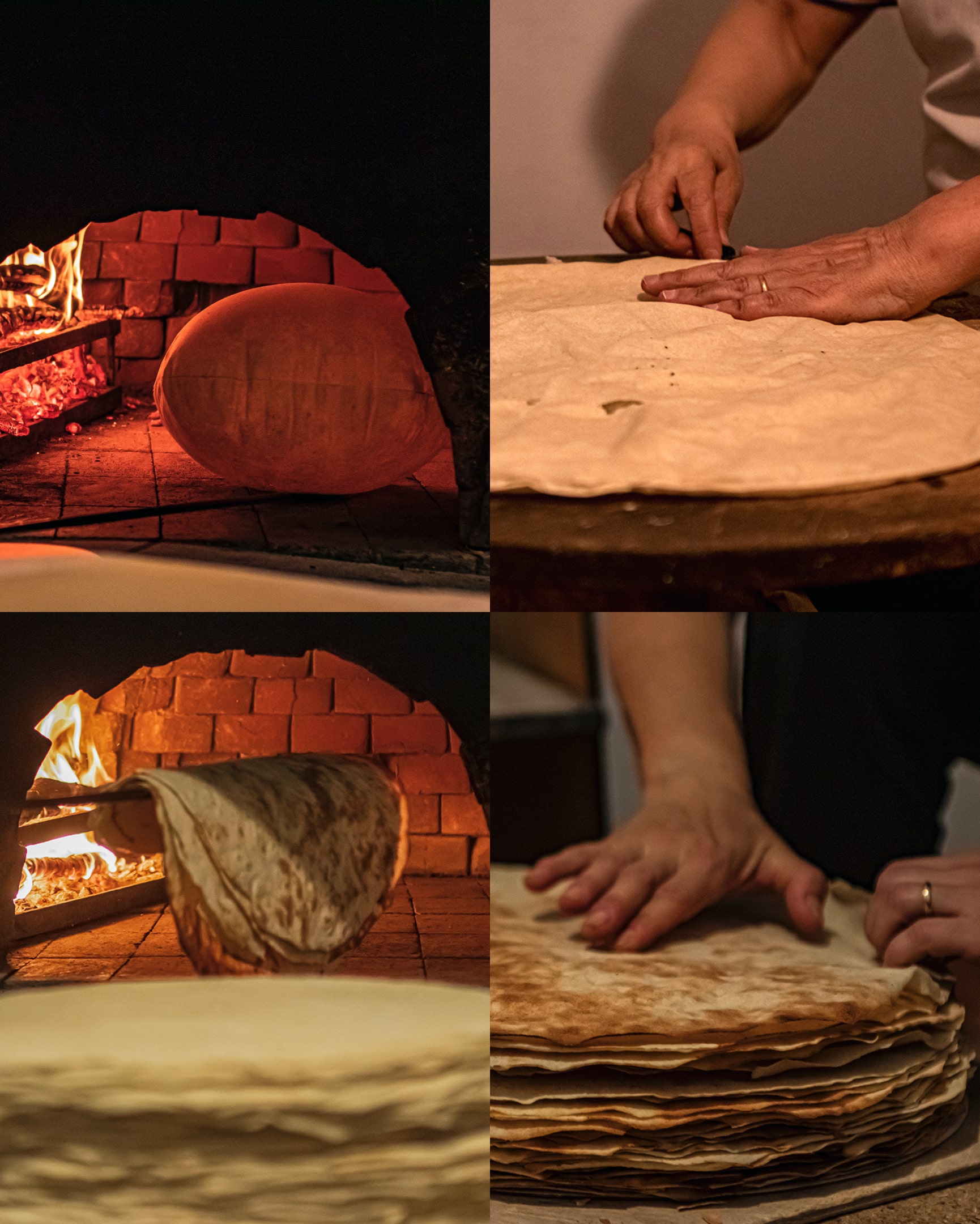 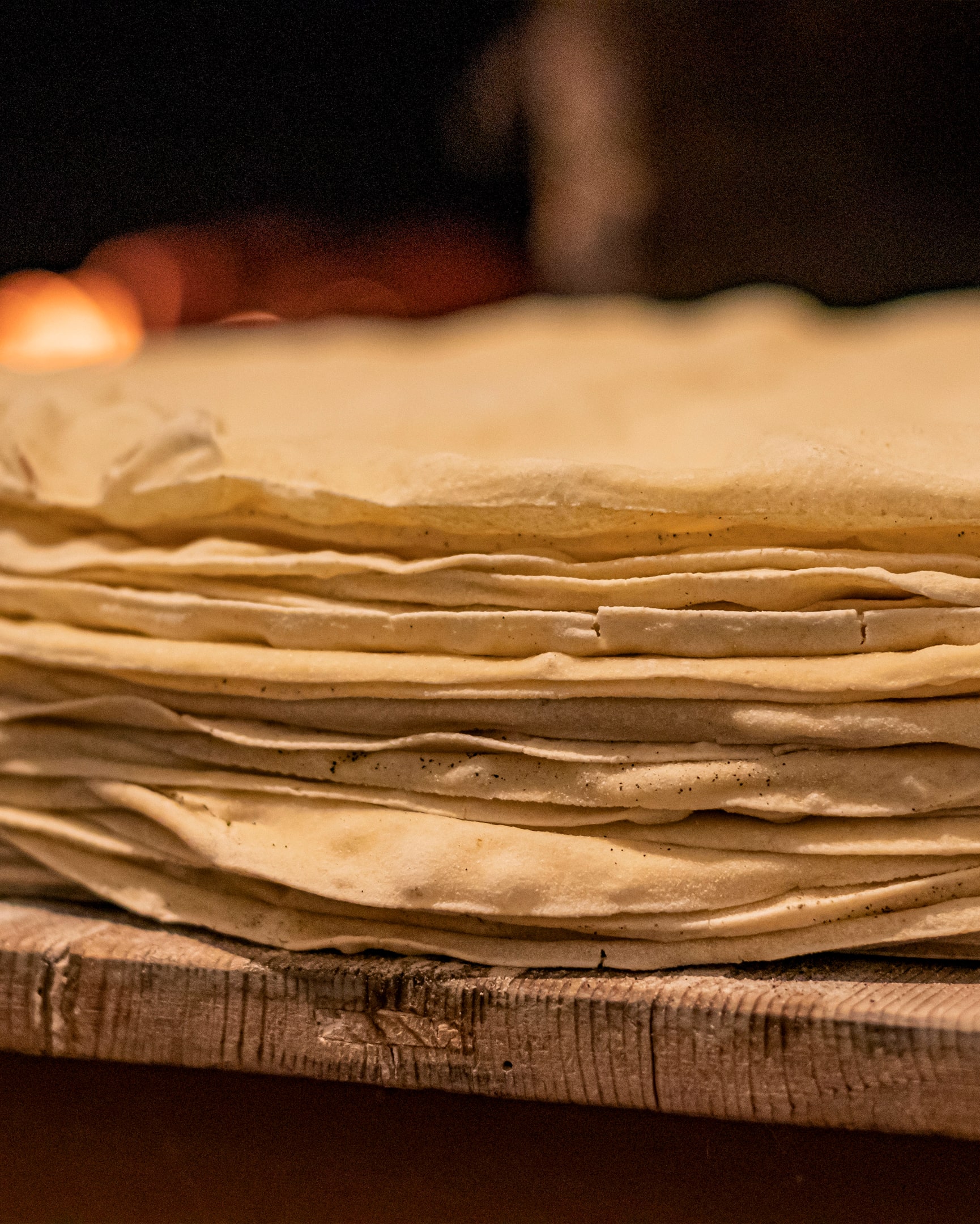 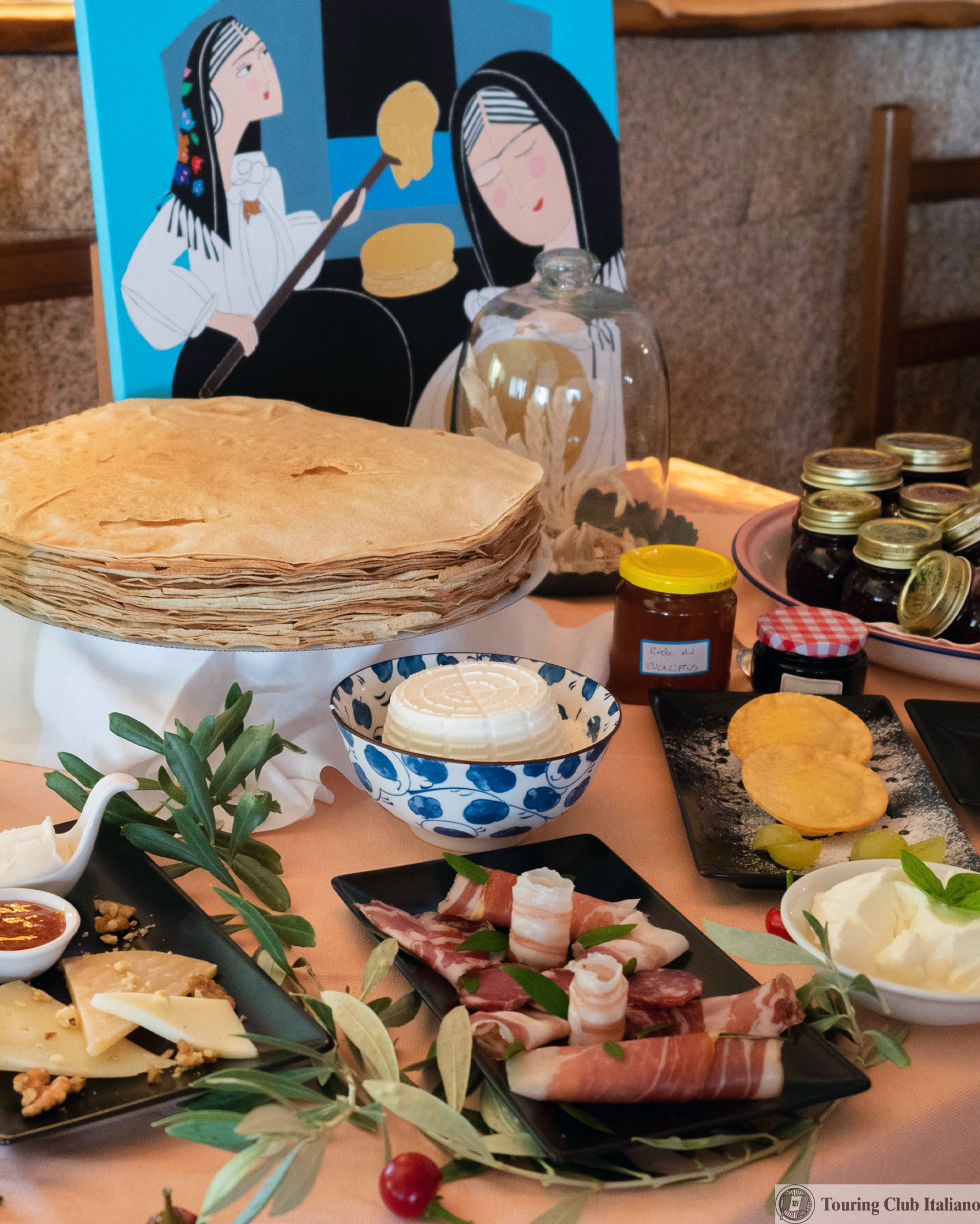