Sa Sedda ’e sos Carros is a Nuragic village used by people between 1200 and 700 BC.
Its uniqueness comes from two structures tied to the cult of water: the sacred spring has a circular shape and some ram heads from which water would flow, and a terraced ceremonial bath where people used to immerse and perform their purifying rituals.

The name means “Wagons pass” and comes from when the coalminers used it in the 800s and 900s. In fact, they used to pass with their wagons full of coal and sleepers to send to Italy for the railway refurbishment program and as fuel for the trains.

The village is set in the famous Lanaitho valley, with an area of 4 hectares, and only a small part of it has been excavated yet. Within, there are some very peculiar and rare cultural structures.

The most interesting one is doubtlessly the Sacred Spring, of circular 2.5 metres shape made with basalt, complete with a terraced seat which goes along the entire structure. In the middle, there is a sandstone basin to collect water.

Above the bench, there were originally nine limestone ram heads (there are now seven left), from which water would flow out to convey in the central basin. The protomes were linked by a small internal canal waterproofed with lead. The water system of this temple is certainly one of the mightiest engineering projects of Sardinian pre-history.

Just a few metres away, there is a circular ceremonial terraced bath which was filled with water during rites – presumably purification ones. This structure is 6 metres in diameter and has a bottom made of waterproof clay.

There were real treasures within site, especially in the spring, like bronze boats with protomes of bulls, deers and mouflons, amber necklaces, and an exquisite askos type vase in bronze foil. Nearby, ten bronze swords were found within a lead cast, probably a ritual offering. 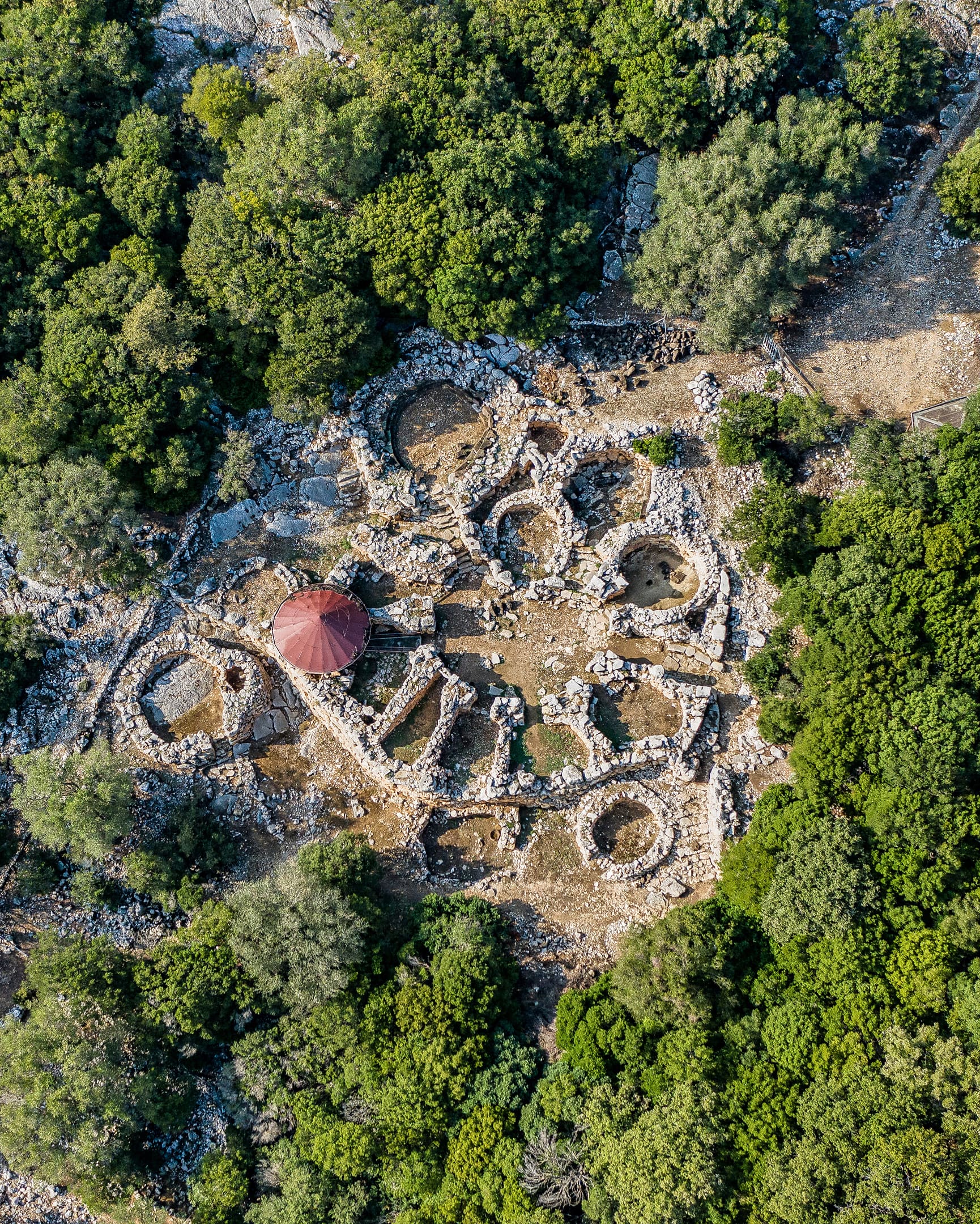 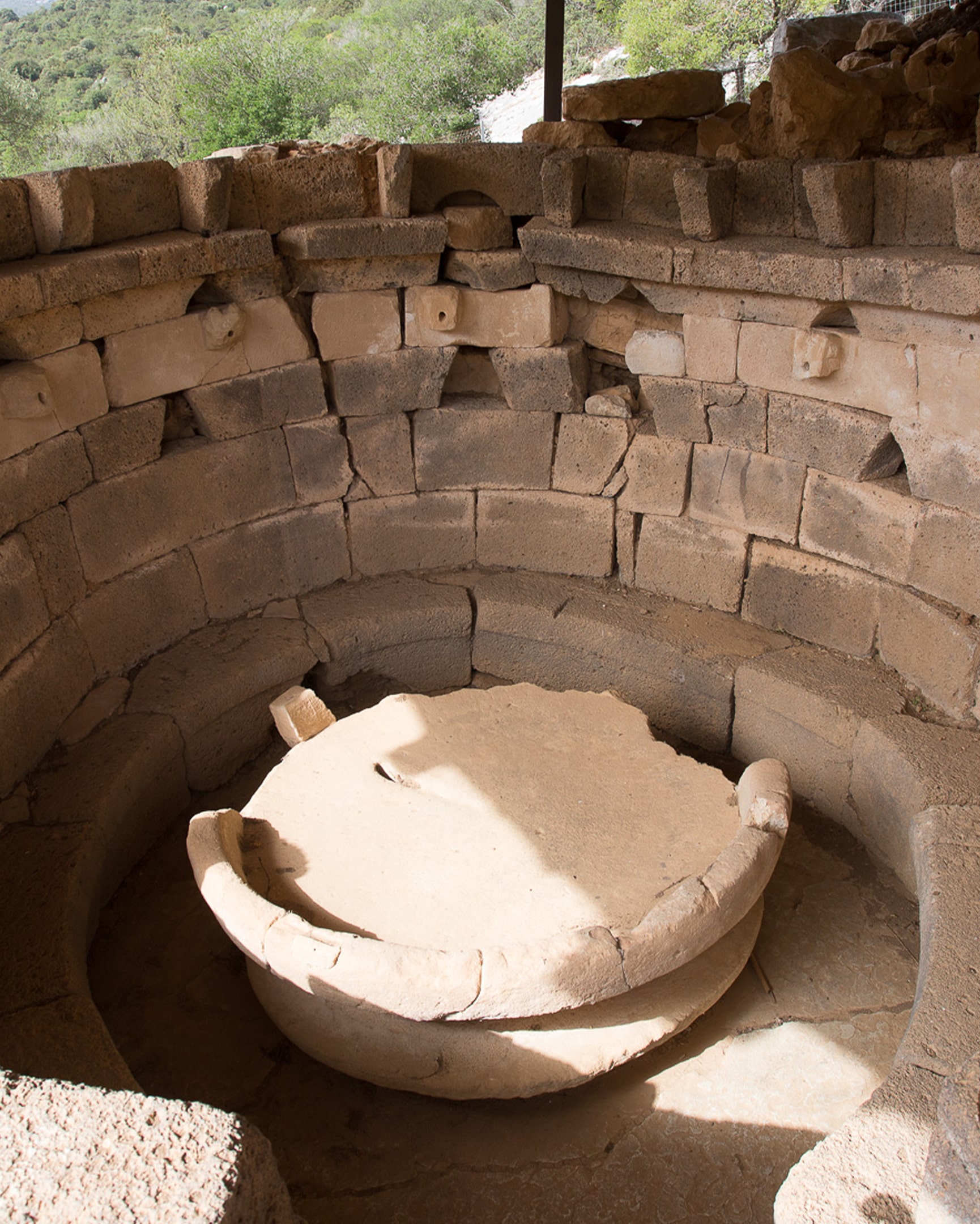 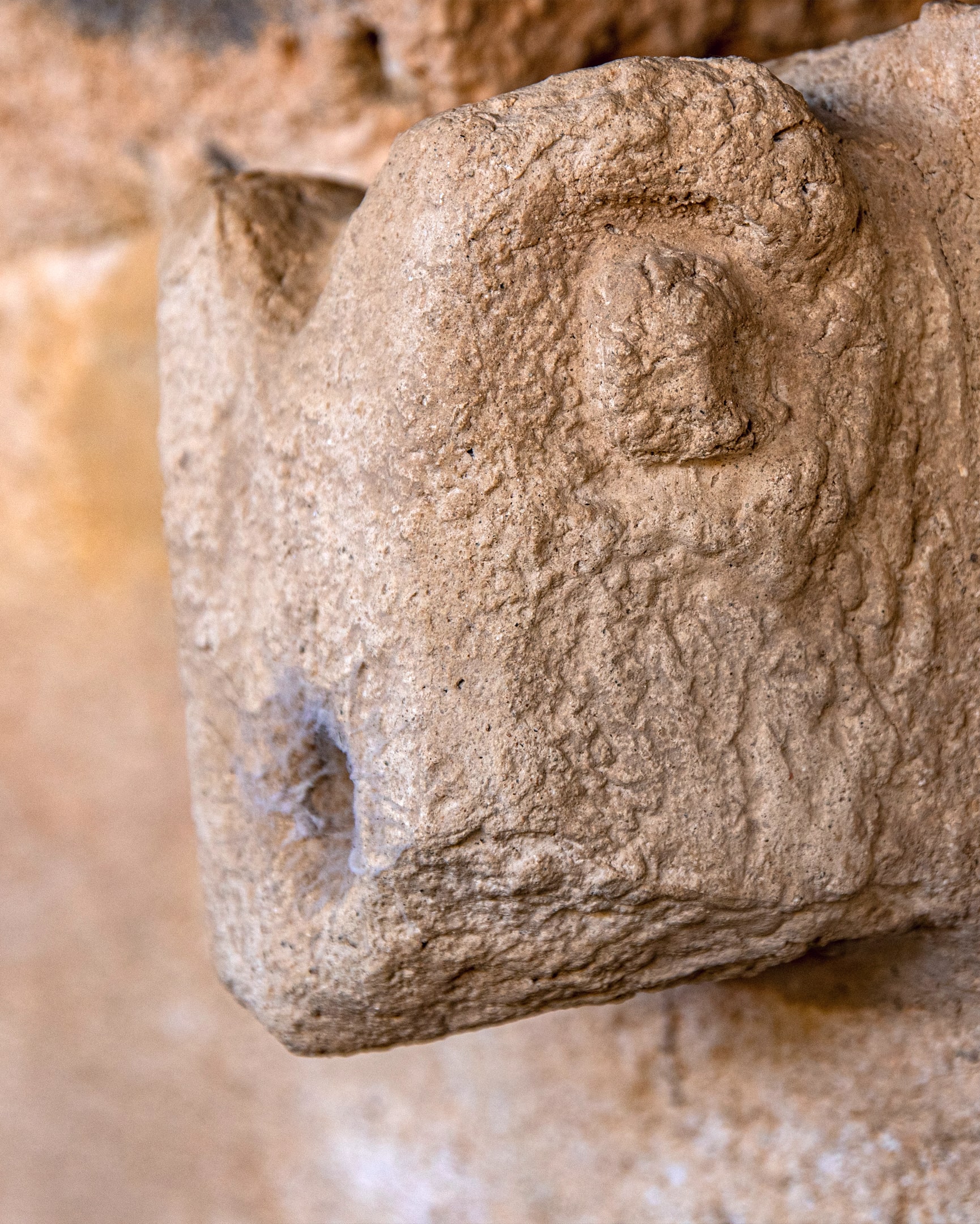 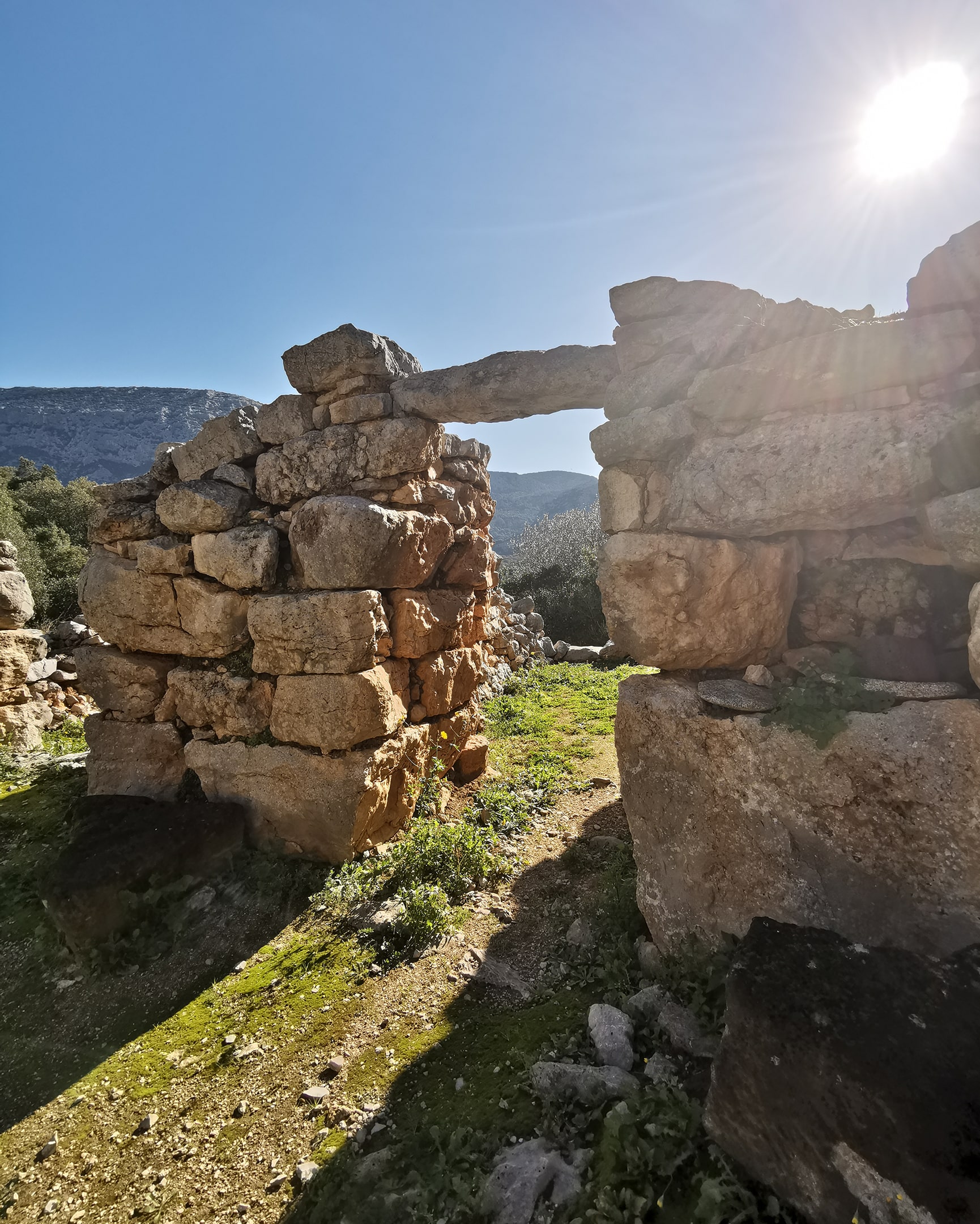 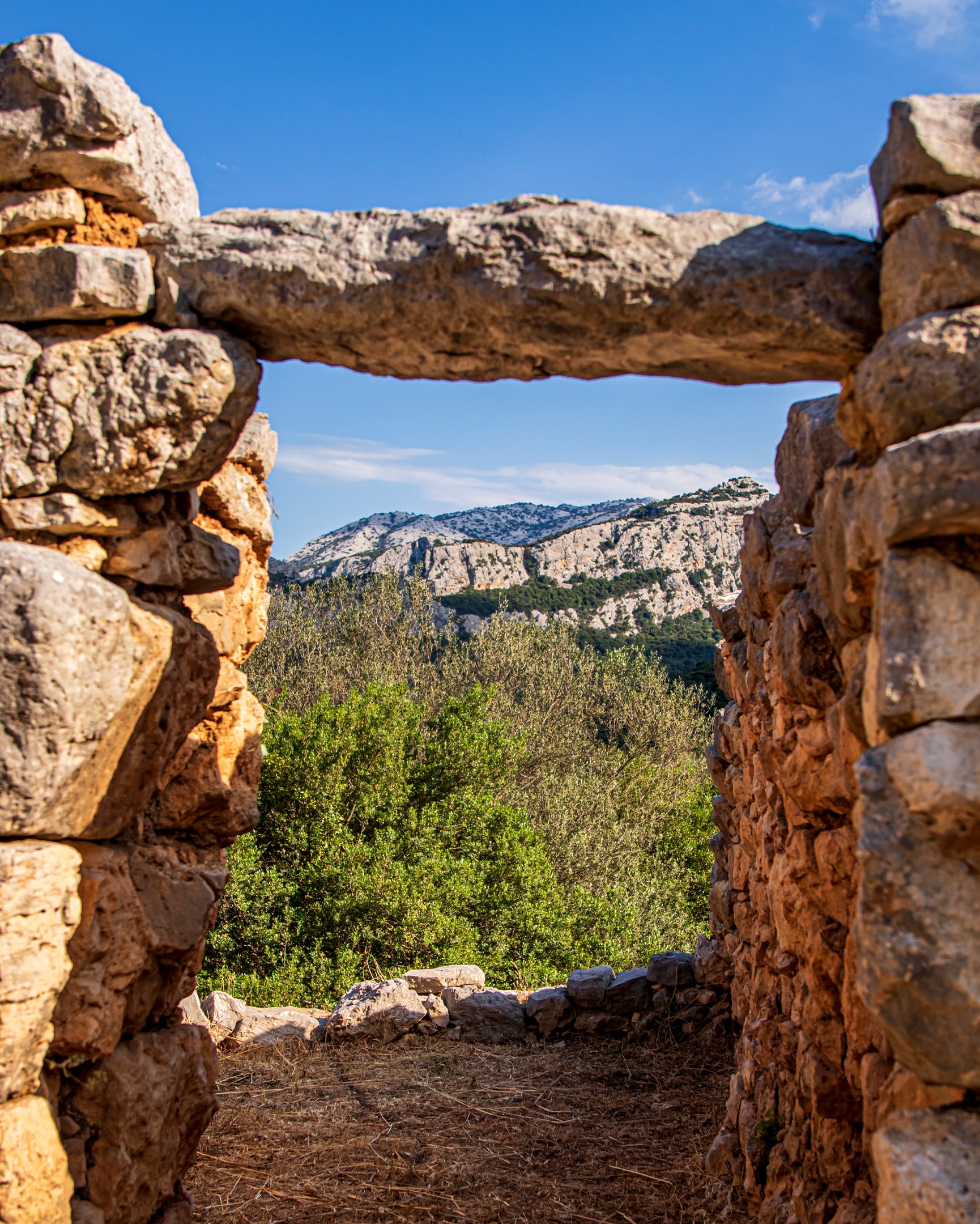